In new "Art-Lyric" video every frame is a separate photo of physical art we created. 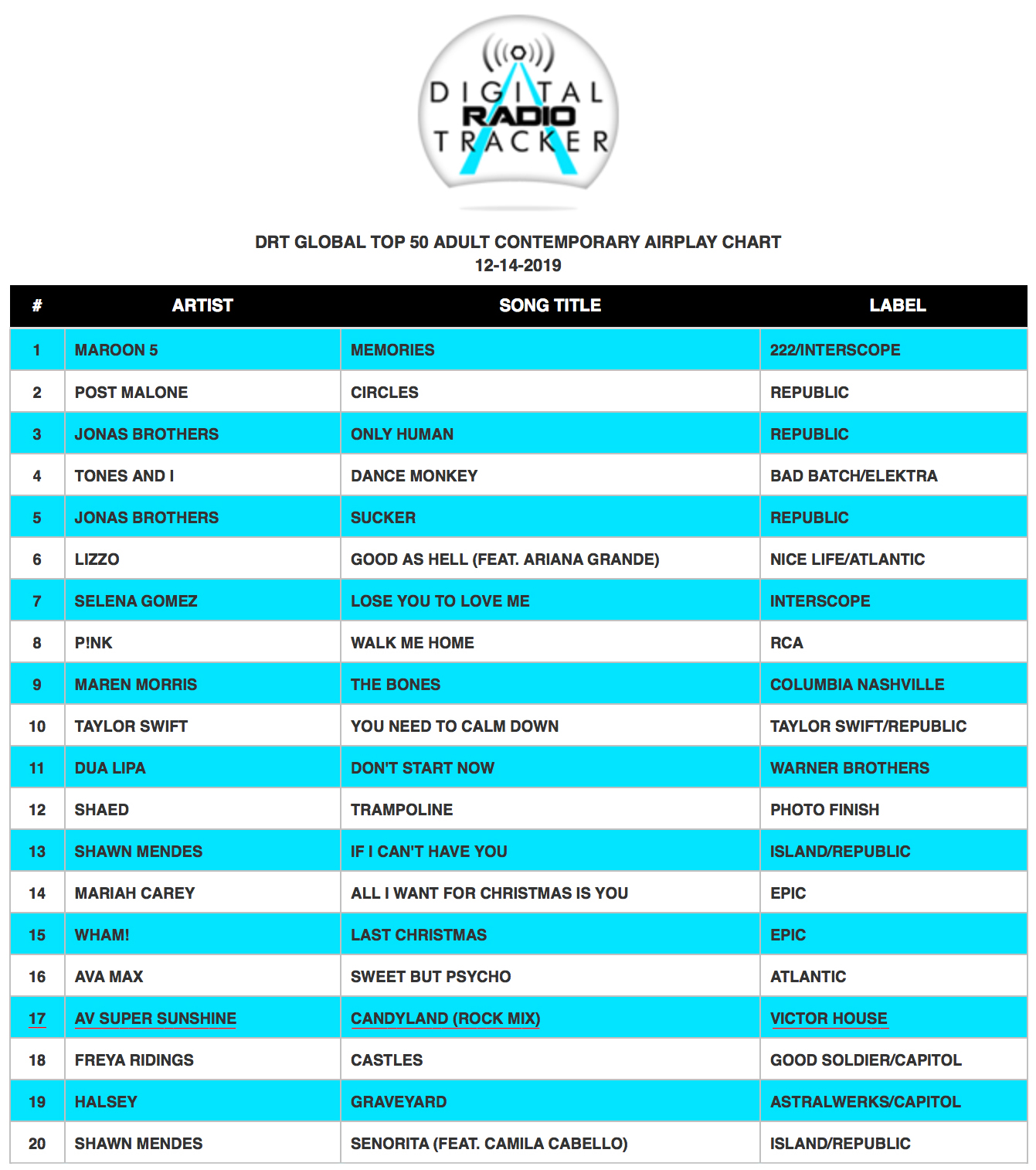 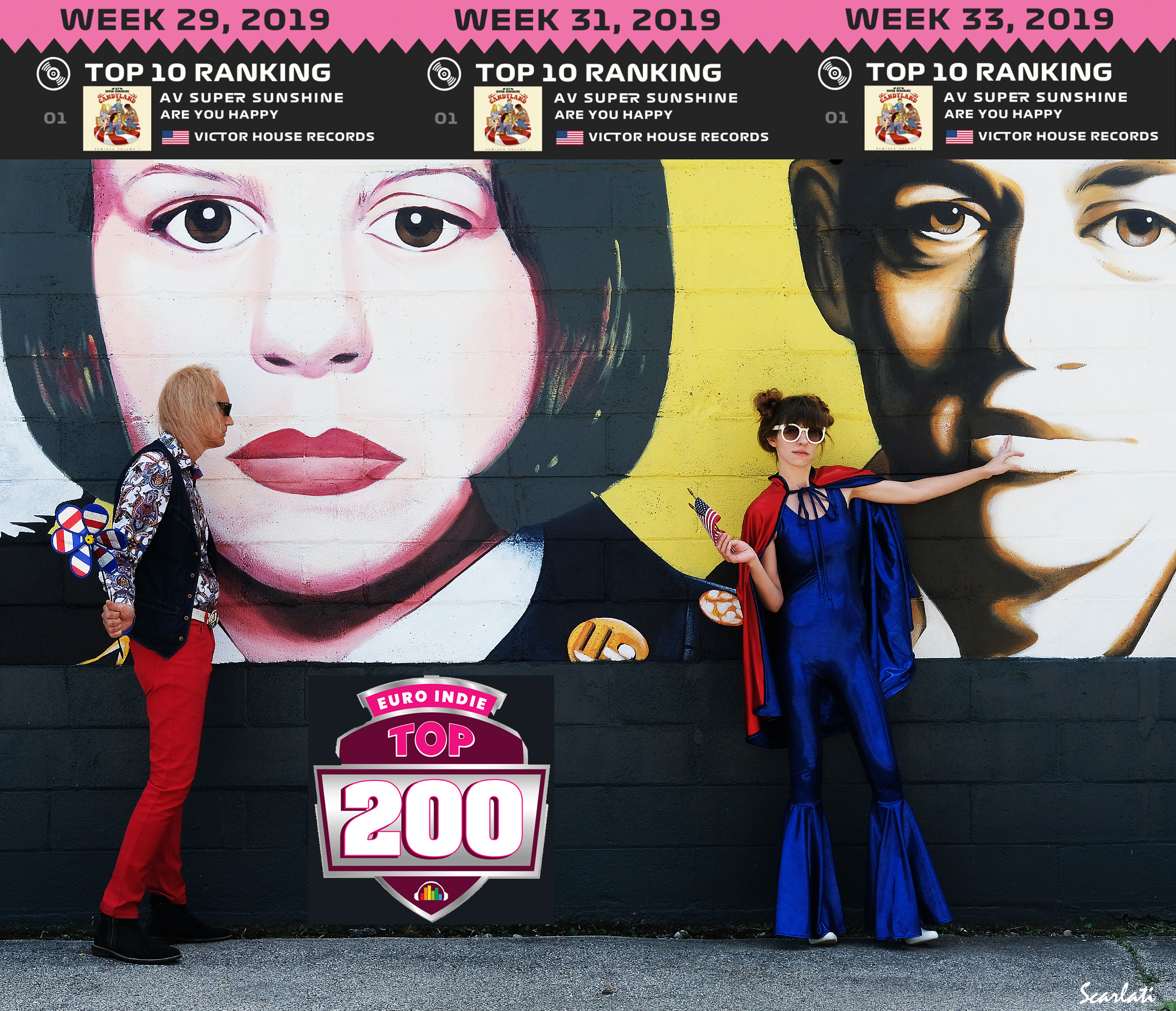 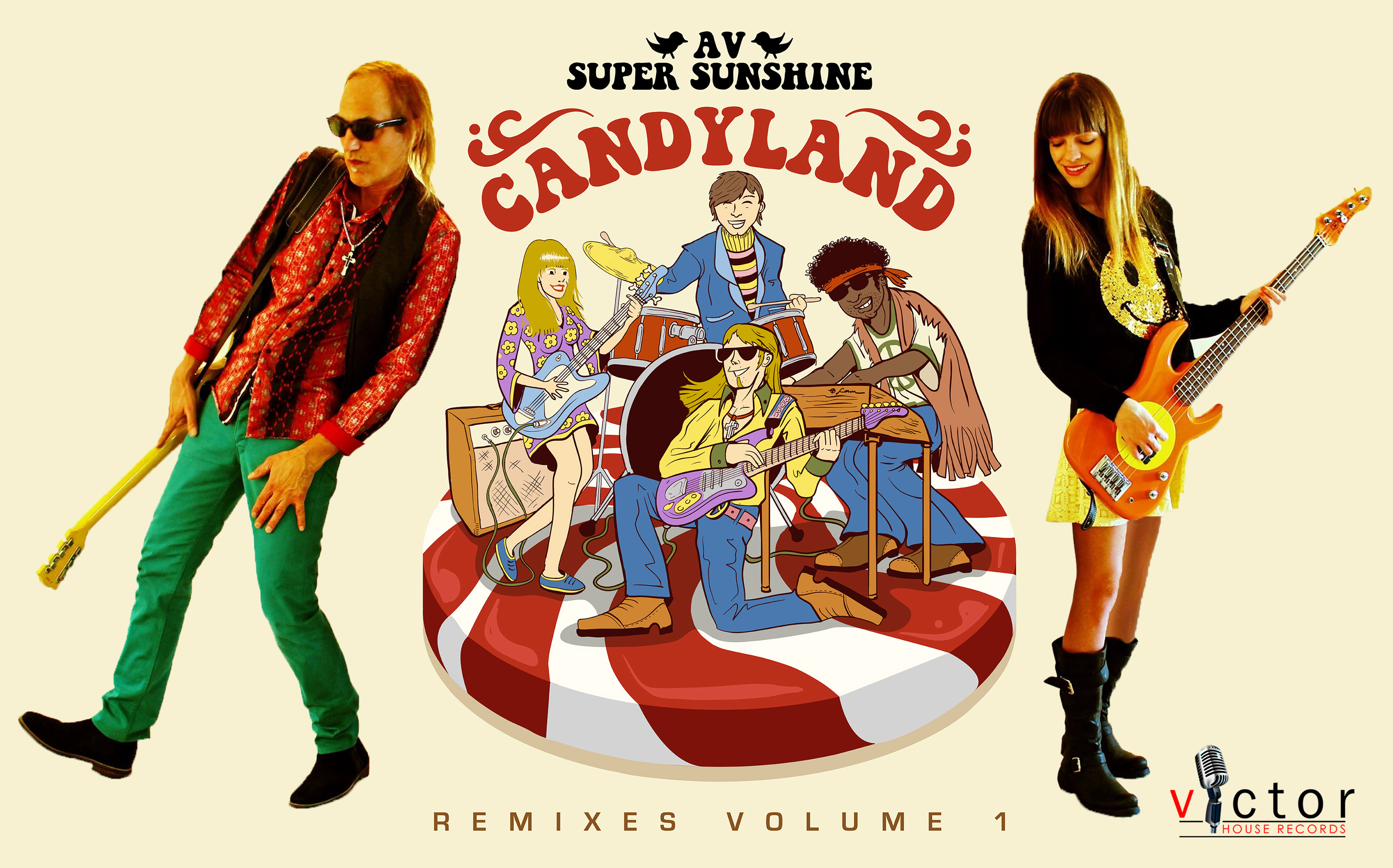 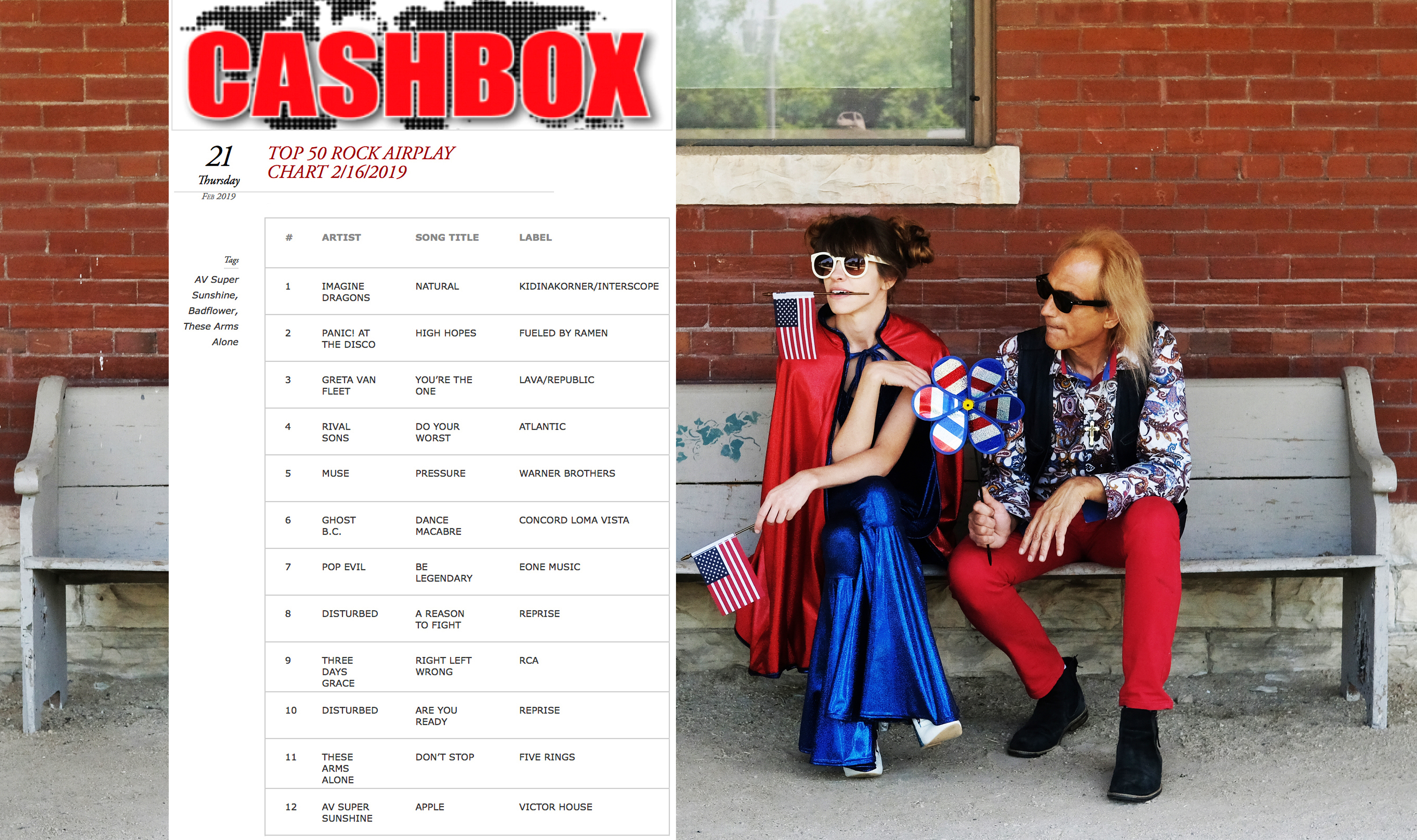 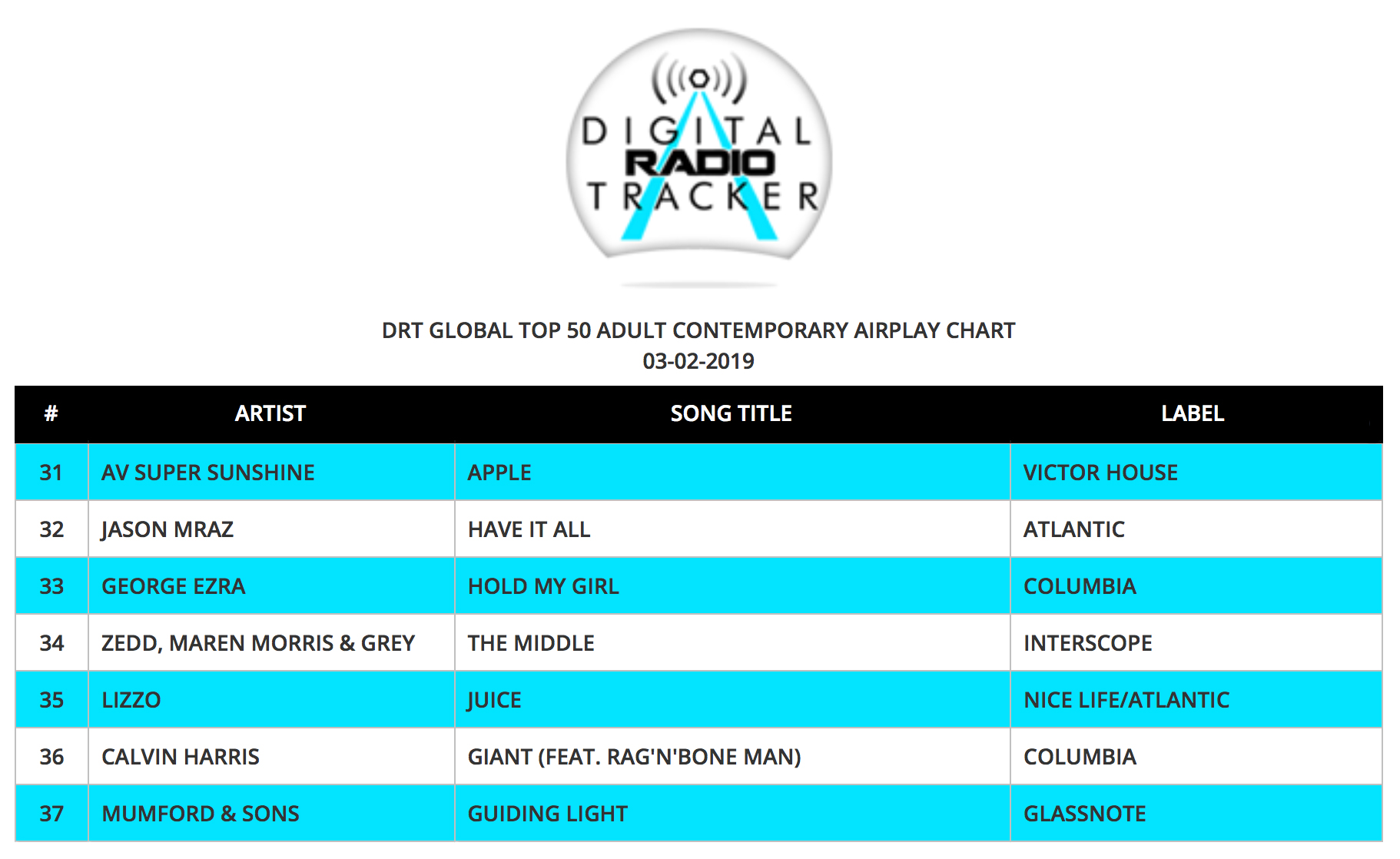 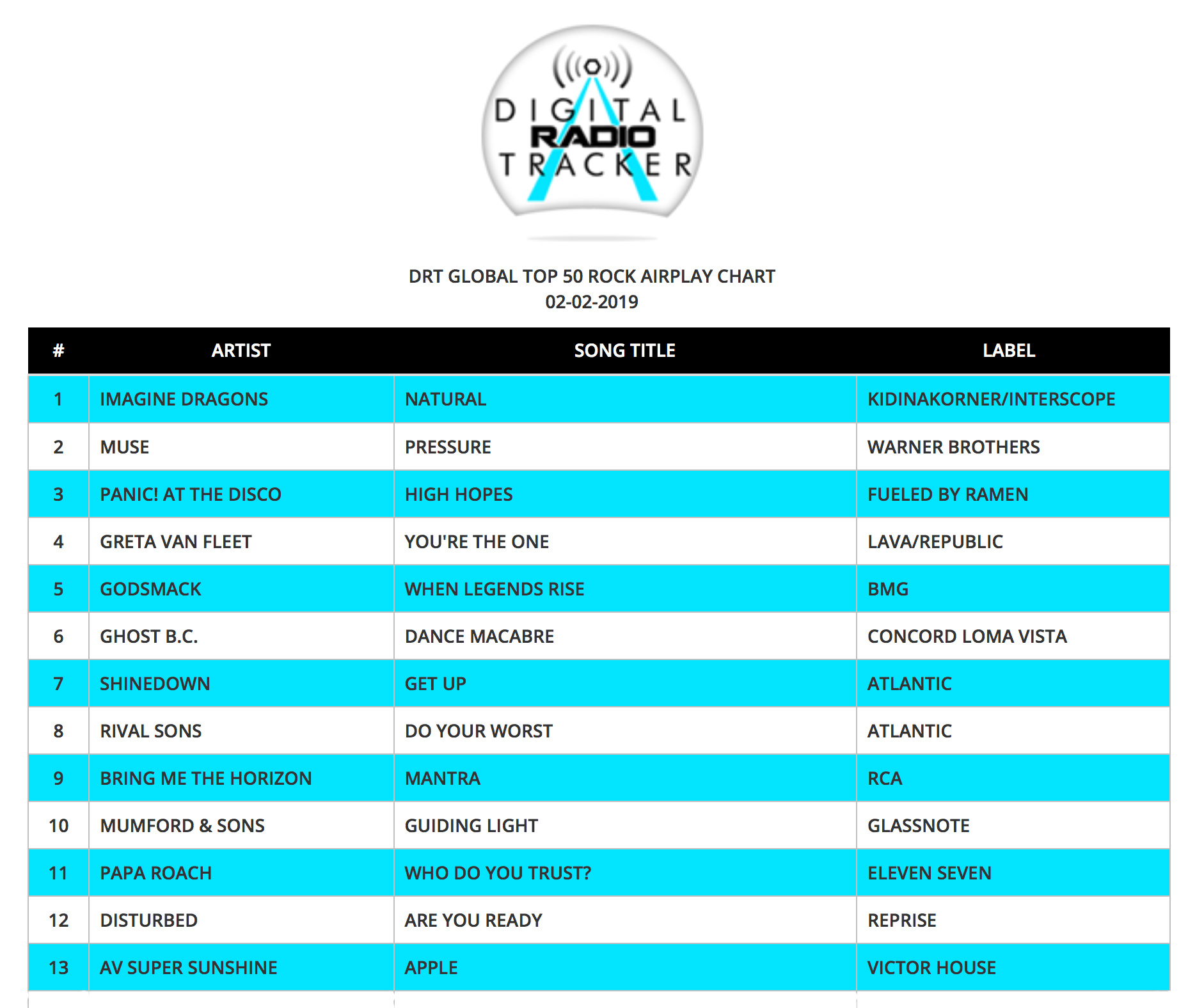 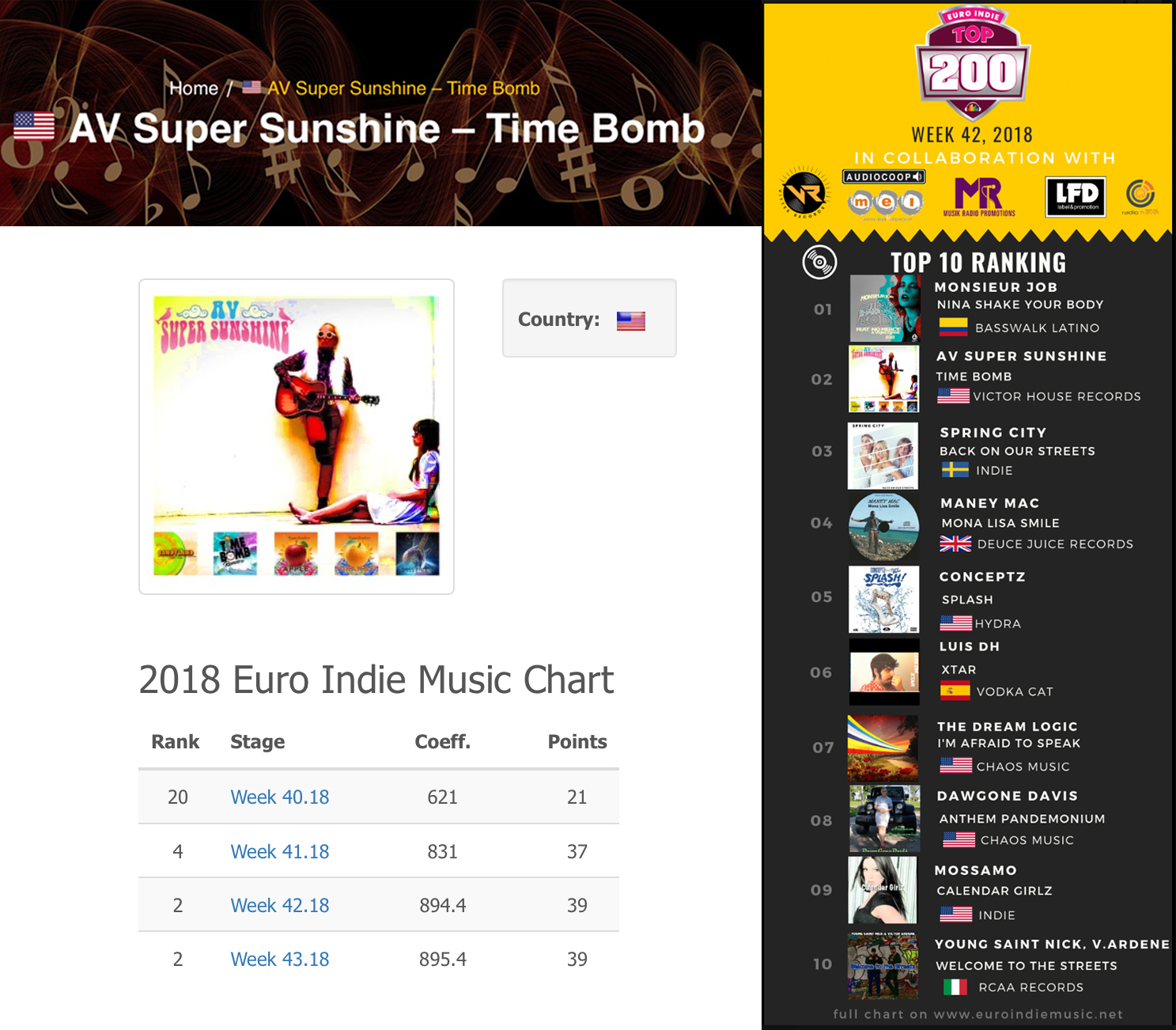 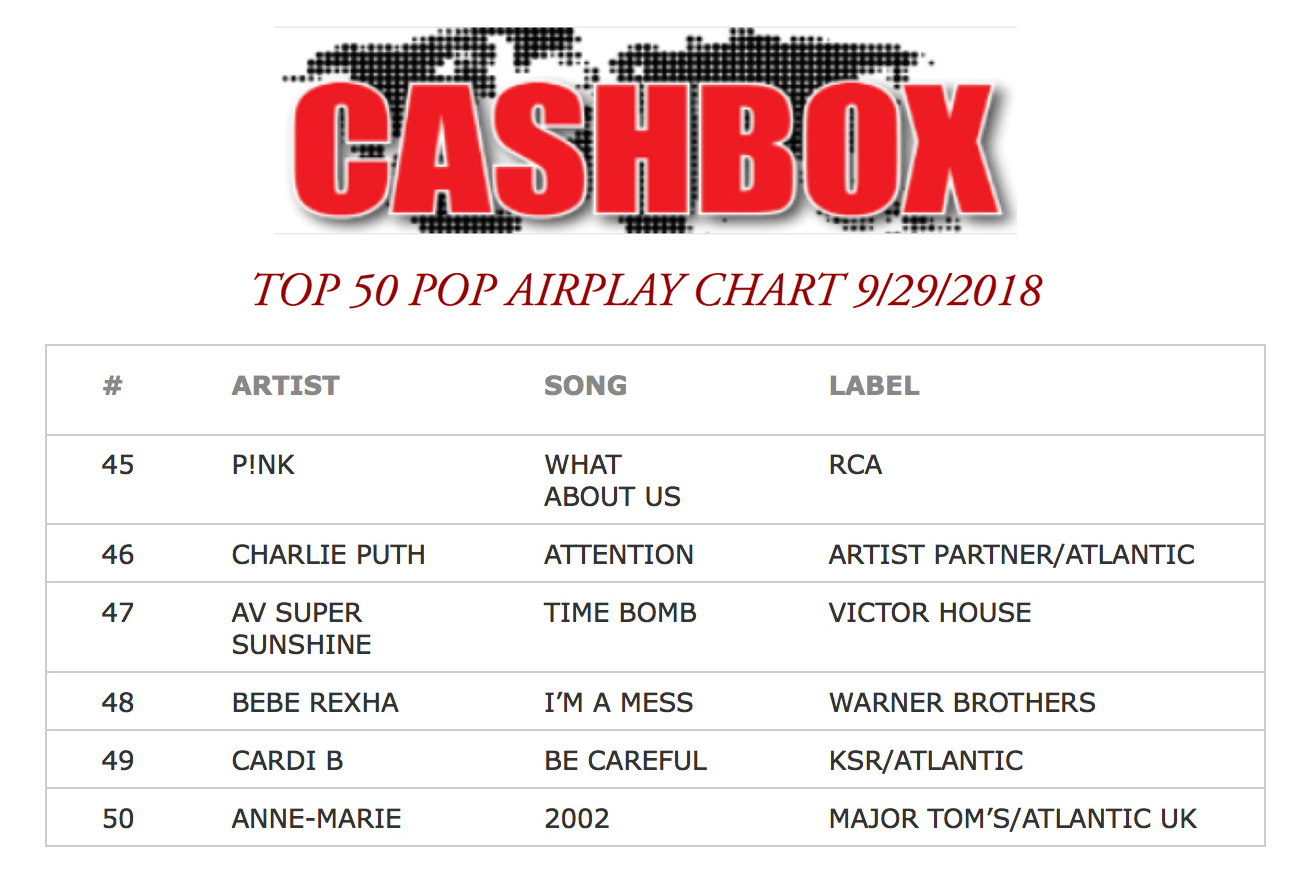 His new release “Time Bomb”  begins as signature AV modern classic rock recorded in a live room of Nashville’s finest authentic Americana musicians under the eye of producer James House and care of mega-engineer Joe Costa. To make the songs ”Club Ready” AV asked his friend and band leader, DJ hit maker Michael Bradford, to lift the really good stems and infuse them with his expert Moog playing and programming. The result is several Dance/Rock mixes designed especially for club DJs who dig dance tracks that sound, play and fill the floor like a proven radio hit should. 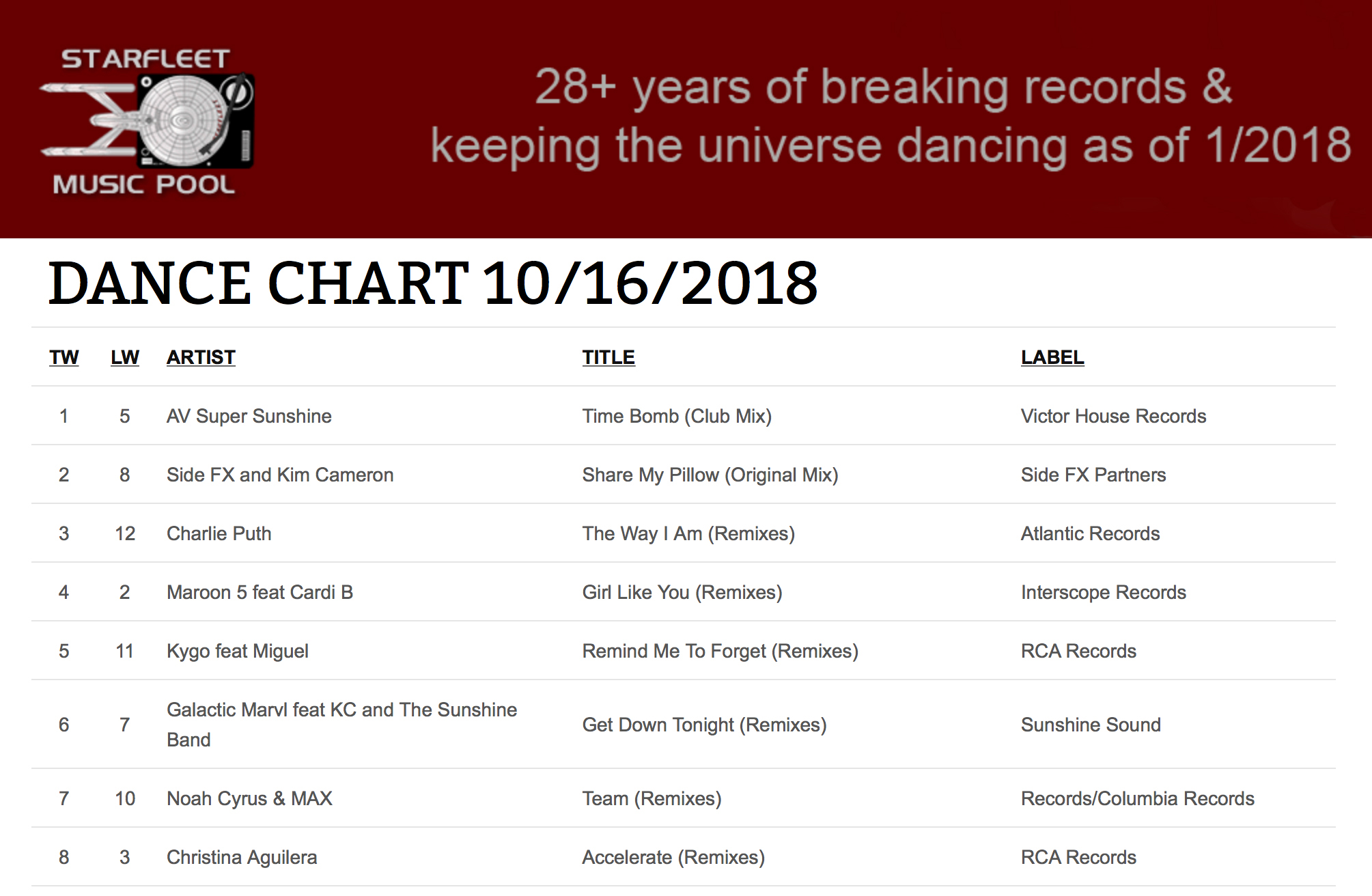 "While there has been a lot of truly gifted and talented voices to emerge from the American EDM scene in the last few years, none have been as universally acclaimed and buzzed about in the indie community as AV Sunshine." - Band Blurb (Jamie Morse)

"You don’t have to be an expert on indie buzz to know the name AV Super Sunshine is being thrown around by some big names in the music world, and despite the fact that I rarely endorse intensely hyped artists, AV's a very special case." - Gas House Radio (Sebastian Cole)

"I often come across artists that I’m certain can have a substantial impact on at least one aspect of music, but few really blow me away with their narrative or approach to making music in general. AV Super Sunshine does just that." - MoBangles (Michael Rand)

"AV Super Sunshine’s “Time Bomb” is one of the unexpected treasures to rise to the surface this year, and it’s my nomination for breakthrough track of 2018." - Razor Fish (Heather Savage) 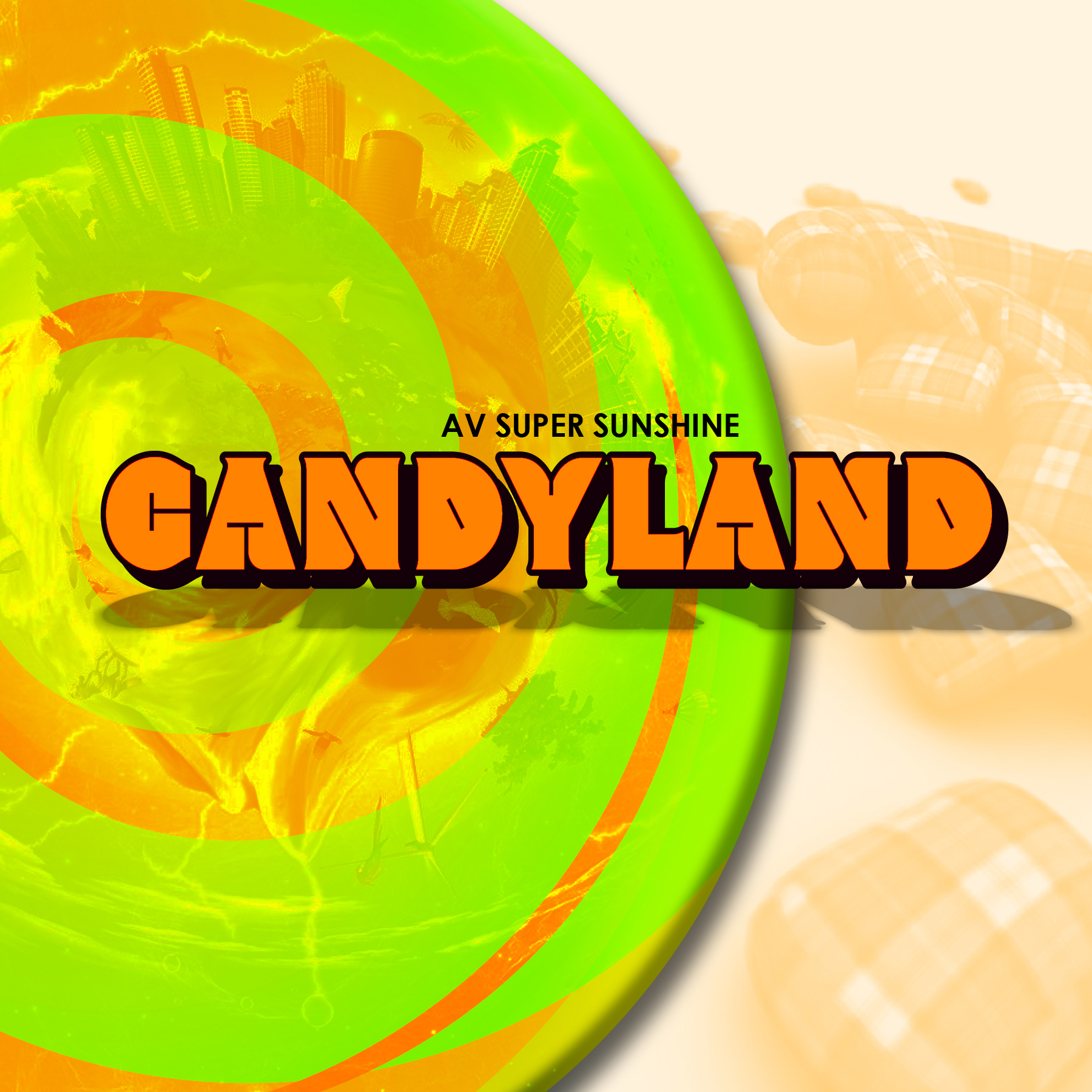 New remixes debut at #33 and #39 on Global Dance Chart 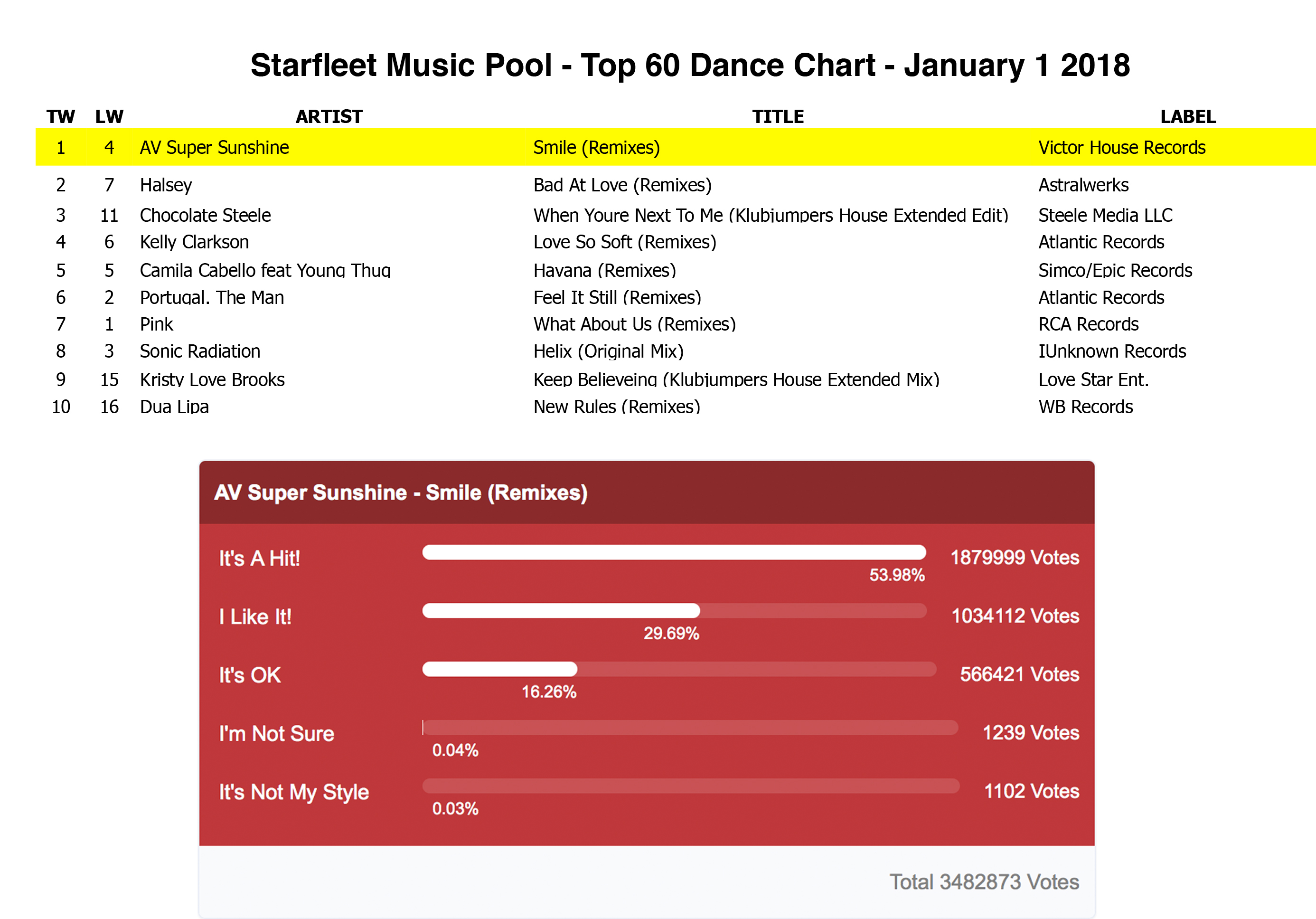 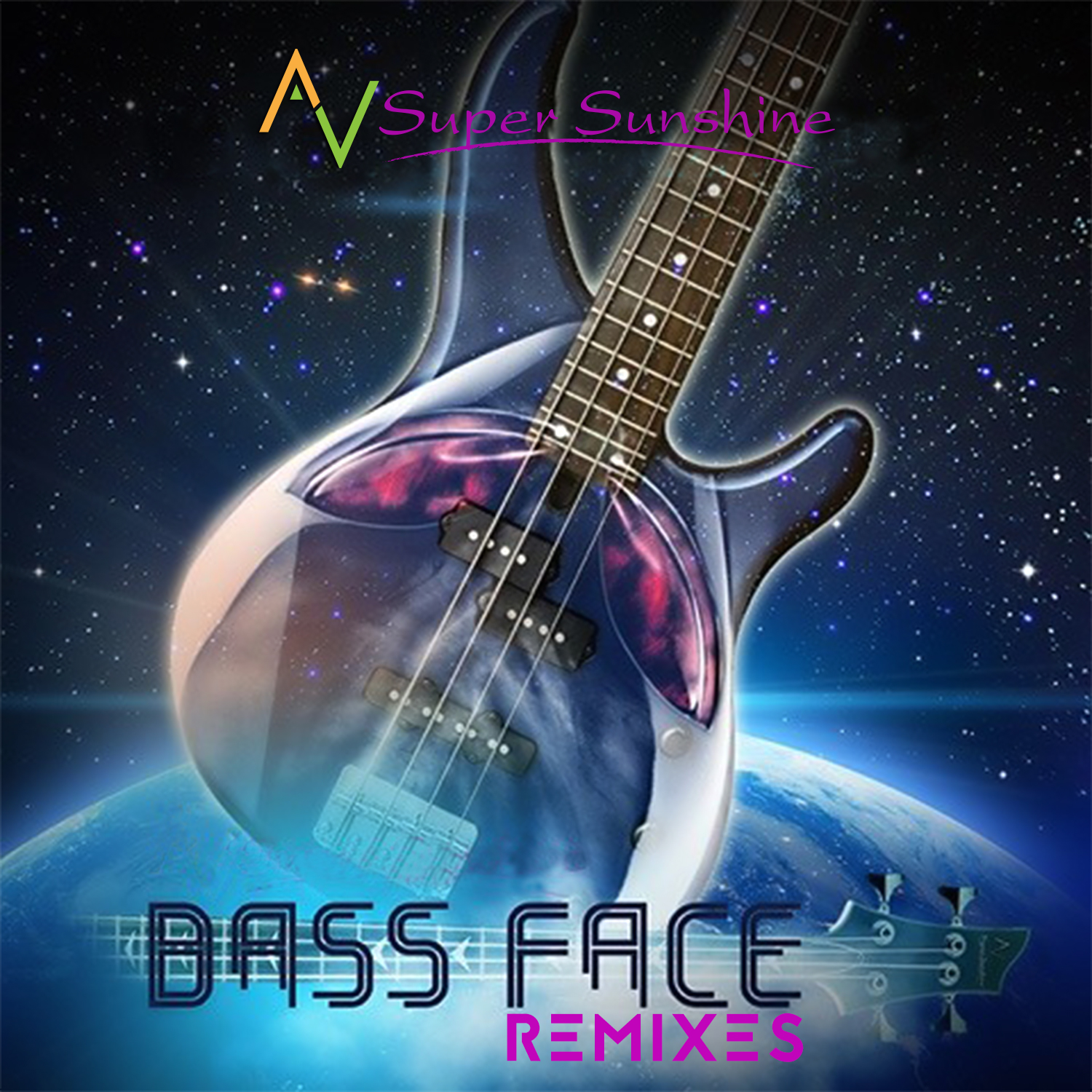 For his Bass Face CD and remixes AV enlisted the talents of legendary producer Michael Bradford.  Bradford’s background in Rock, R&B and Pop is heard all over these new tunes helping AV Super Sunshine broaden his ever expanding audience by guiding him into a more universal pop territory. 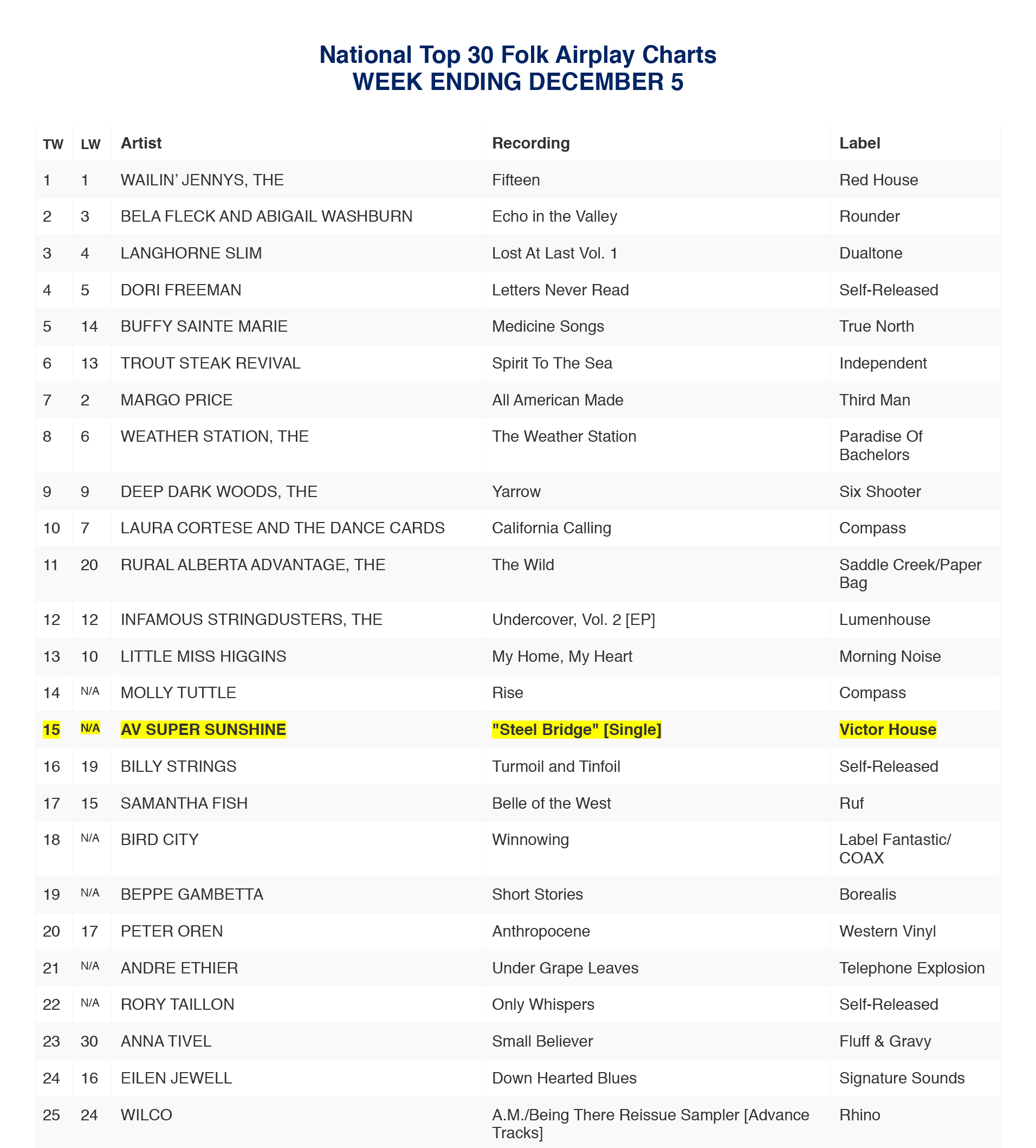 "I Am Alien" debuts at #26 on National Electronic Radio Chart 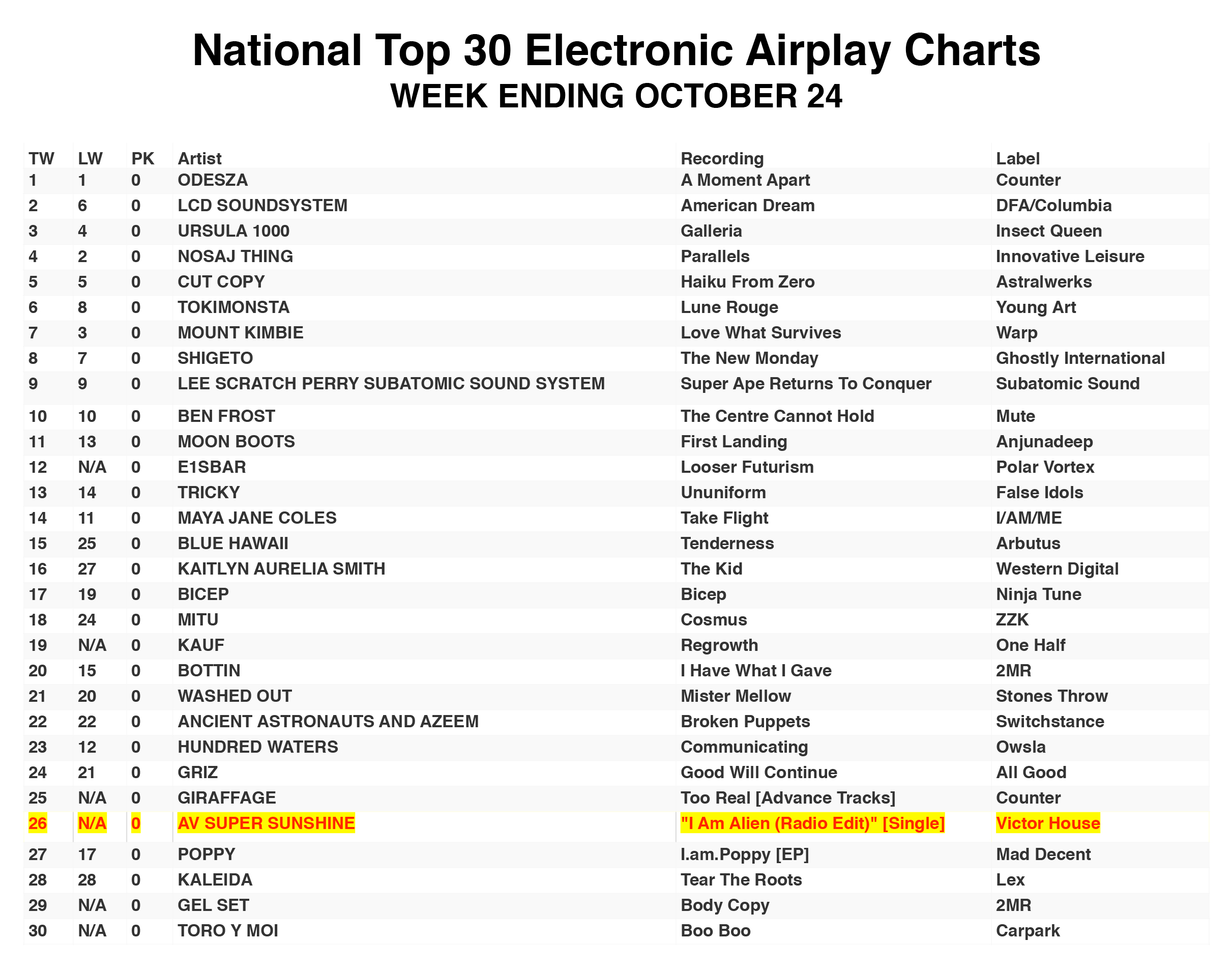 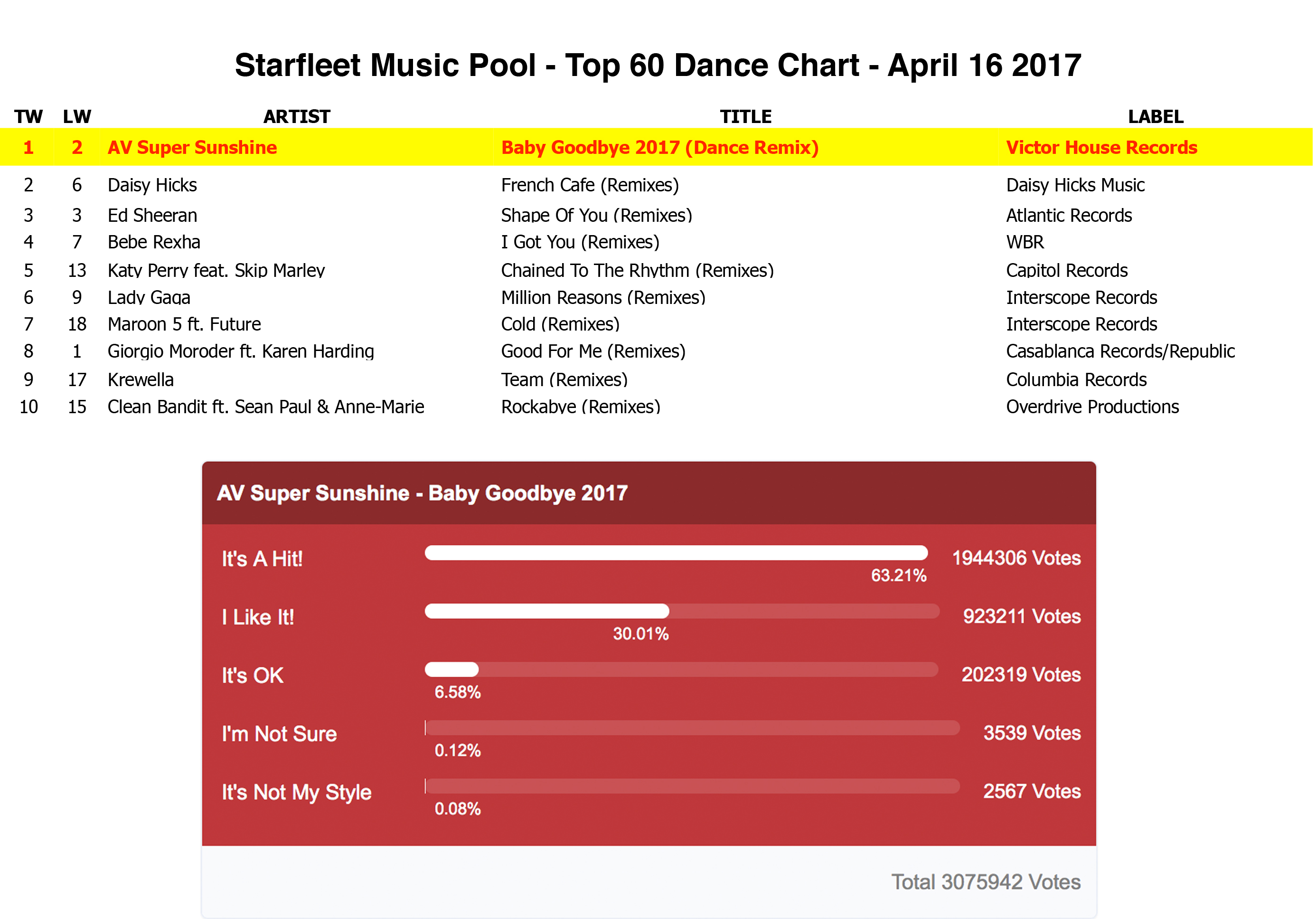 Propelled out of the gate with a #7 Billboard Hot Singles Sales chart in October 2015, AV launched to radio that same month with Just Like Kurt a Kurt Cobain tribute EP (CMJ Top 100) followed in May 2016 by Baby Goodbye (CMJ Top 100) and in November Bass Face (CMJ Top 100).  AV's recordings spent 47 weeks in 2016 on the CMJ college radio charts while receiving over 500 individual radio station adds.  His music videos are featured weekly on dozens of music shows available for view in tens of millions of homes on both cable and network TV.  In 2017 songs and remixes from AV Super Sunshine's Bass Face crushed both the global dance and crossover club charts with now over 35,000 DJ's worldwide reporting spinning his songs weekly. 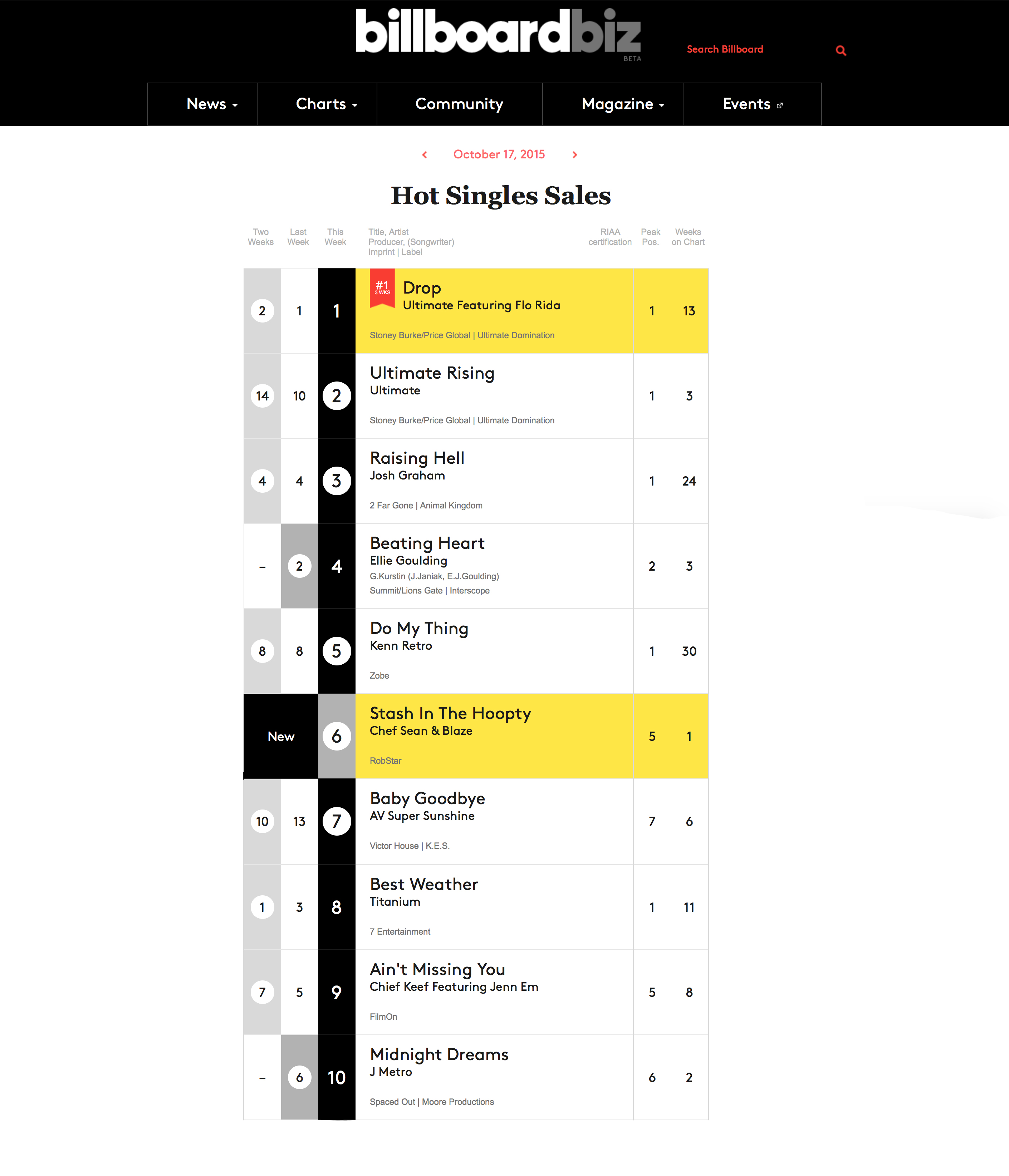 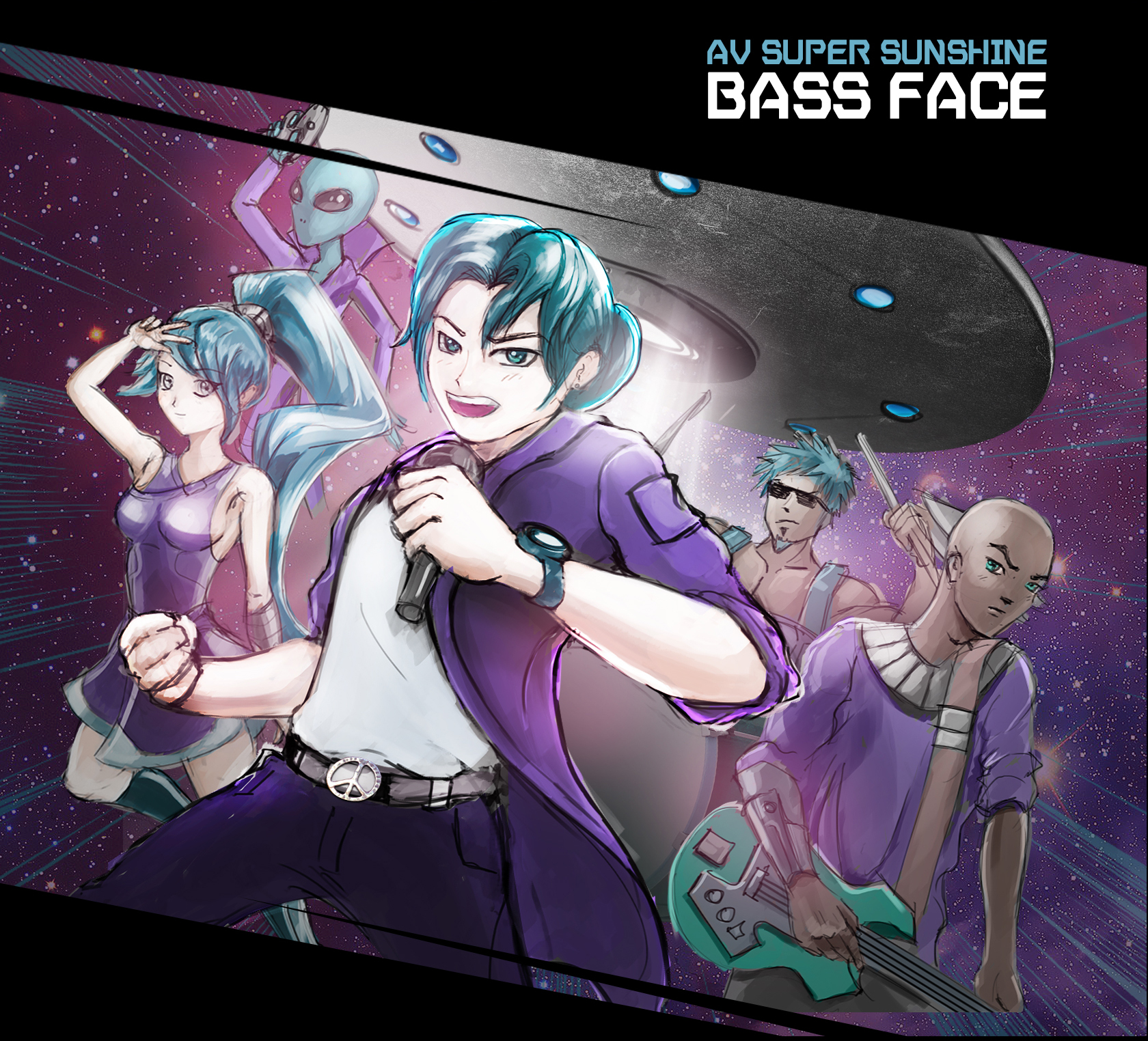 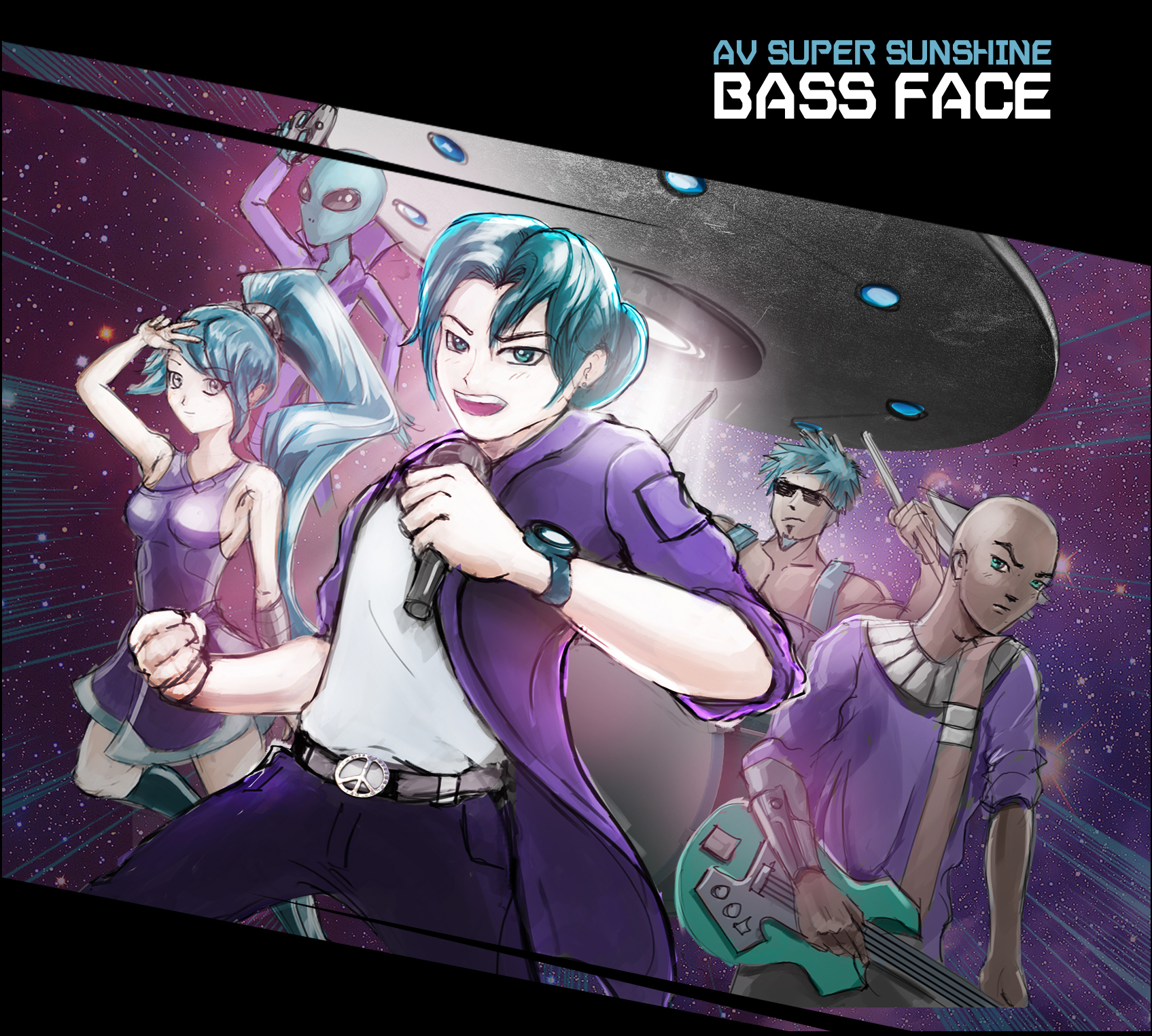 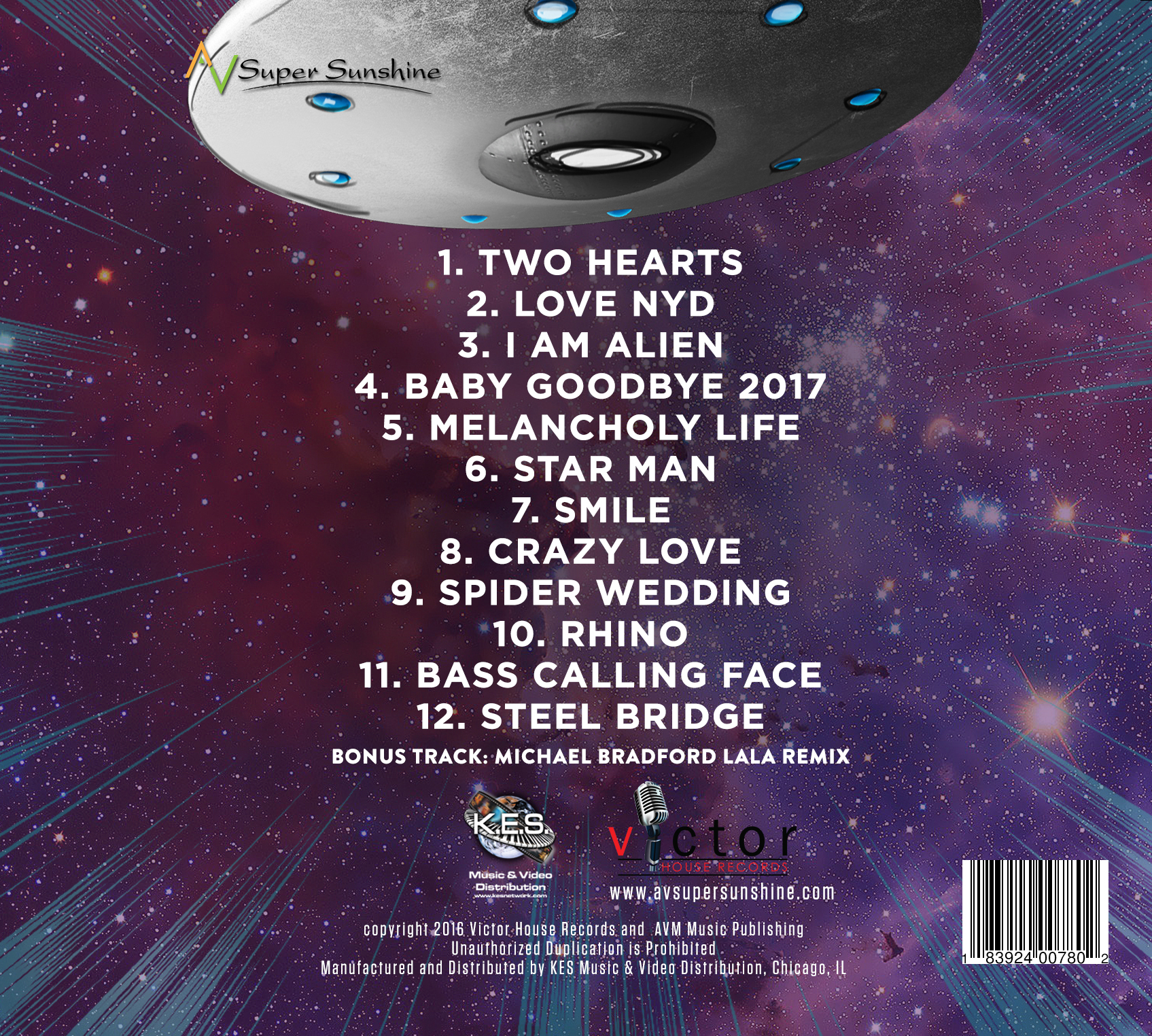 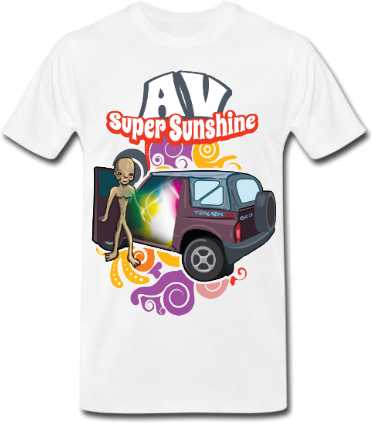 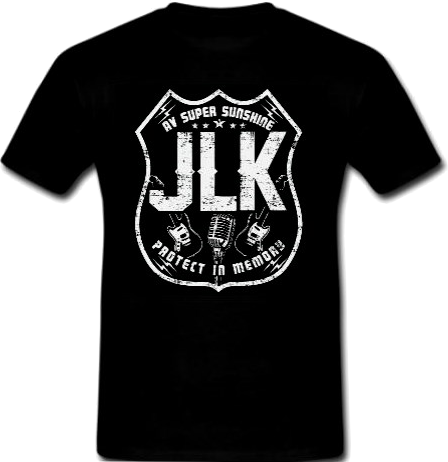